Advanced Termite and Pest Control’s very own pest control expert was interviewed by a local news station. This interview was concerning a major termite issue in James Island, SC. Mark Marenakos, owner of Advanced Termite and Pest Control has been assessing, treating, and preventing termite damage for years. As a result, he has acquired some valuable knowledge and experience. So, when local reporters were looking for a pest control expert, Mark was the man to talk to. Below you will see Mark’s comments on the termite damage at Pelican Pointe.

JAMES ISLAND, S.C. (WCBD) – Work has already started at Pelican Point Villas after an emergency order from the City of Charleston to vacate the premises.

An investigation uncovered severe termite and moisture damage at 1984 folly road. Mainly to exterior stairwells, putting them in a “near-collapse failure” state.

“It is the most expensive, wood destroying organism in the United States. It does about $15 billion worth of damage every year in America. A lot of that is concentrated in the southeast,” said Mark Marenakos, owner of Advanced Termite and Pest Control.

Subsequently, the evacuation order was issued by the City on August 1st. It left some residents scrambling.

“That’s a really huge thing to happen, that everyone has to vacate here and so on. A lot of people don’t have places to go,” said resident Bill Anderson.

According to a release from the City of Charleston, the responsibility of the burden to it’s residents falls primarily onto the Pelican Pointe Management Company. It’s also where responsibility lies for building maintenance.

Unfortunately for many homeowners, termites are hard to get rid of.

For instance, “The queen puts out an egg every three seconds, maybe 2000 termites a day. Killing the queen is what you have to do to get rid of them,” Marenakos said.

The termite damage has already been done at Pelican Pointe, but the City of Charleston says it’s working with the owners to get repairs done as quickly as possible.

In conclusion, If you or someone you know are experiencing termite damage, please call Advanced at 843-795-6767. 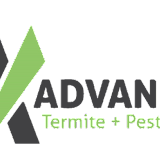